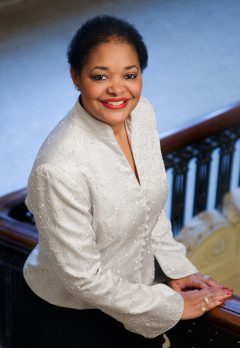 Ollie Watts Davis, an alum of the University of Illinois, joined the College of Fine and Applied Arts faculty in 1987. She is the founding director of the Black Sacred Music Symposium (1991), held biennially on the University of Illinois at Urbana-Champaign campus with participants from across the nation. In 1993, Ollie received the College of Fine and Applied Arts Outstanding Faculty Award, an Appreciation and Recognition Award from the UI Alumni Association, and was named the Alumna of the Year by the College of Arts and Sciences at West Virginia Institute of Technology. Outside of teaching, Ollie has appeared in several leading symphony orchestras and international performances and has released two recordings.
Skip back to main navigation