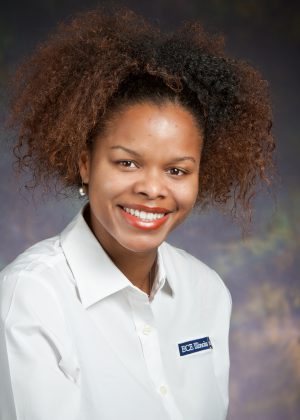 Yemaya Bordain received her PhD in Electrical and Computer Engineering from the University of Illinois in 2015, becoming ECE’s first female African-American PhD graduate. She made considerable efforts toward creating a more inclusive environment for minorities in the College of Engineering, including co-founding the Graduate Engineers Diversifying Illinois (GEDI) student organization. While serving as its vice-president for two years, she and her colleagues helped mentor new graduate students and helped recruit under-represented communities into the College of Engineering. Along with the founding of GEDI, she also served on an Engineering Graduate Student Advisory Committee, which developed recommendations for Dean Andreas Cangellaris that could be implemented at Illinois to make the campus more diverse.