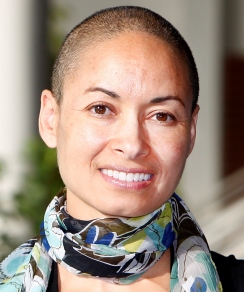 Rebecca Ginsburg came to the University of Illinois in 2004 as an Assistant Professor in Landscape Architecture. She was promoted to Associate Professor in 2011 and the following year became an Associate Professor in Education Policy, Organization and Leadership (EPOL). She is currently the director of the Education Justice Project, a comprehensive college-in-prison program that provides academic programs to incarcerated individuals and outreach services to the families of incarcerated people and returning citizens. Rebeccahas received numerous awards and honors, including the Faculty Award for Excellence in Service in 2008, the Campus Award for Excellence in Public Engagement in 2009, the Abbott Lowell Cummins Prize in 2012, the J.D Frederick Miller Award in 2013, the Freedom Fighter Award in 2015, and the YWCA Leadership in Education Award in 2015.
Skip back to main navigation