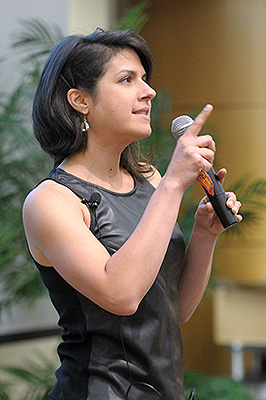 Parisa Tabriz received her Bachelor of Science in 2005 and her Master of Science in 2007, both in Computer Science from the University of Illinois. As an alum, she is proudly known as “Google’s Security Princess”, a title she chose for herself to describe her role in preventing security attacks related to Google Chrome. In 2012, Forbes named her one of the Top 30 People in the Technology Industry Under 30.
Skip back to main navigation