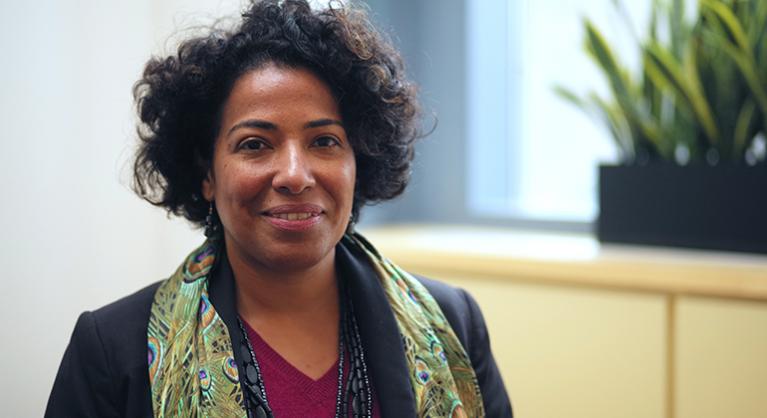 Isabel Molina Guzman came to campus in the early 2000s as a postdoc in Latina/Latino Studies and was hired as Assistant Professor in the Institute of Communications Research within the College of Media. She was awarded early tenure, published a ground breaking book titled Dangerous Curves: Latina Bodies in the U.S. Media, and as Chair led the Latina/Latino Studies program in its transition to departmental status. In 2016, Isabel became Associate Dean of the Graduate College. Her research on Afro-Latinas and the media is central to a number of disciplines, and her presence and role model status as an Afro-Latina represent a commitment to intersectional diversity within the university.
Skip back to main navigation