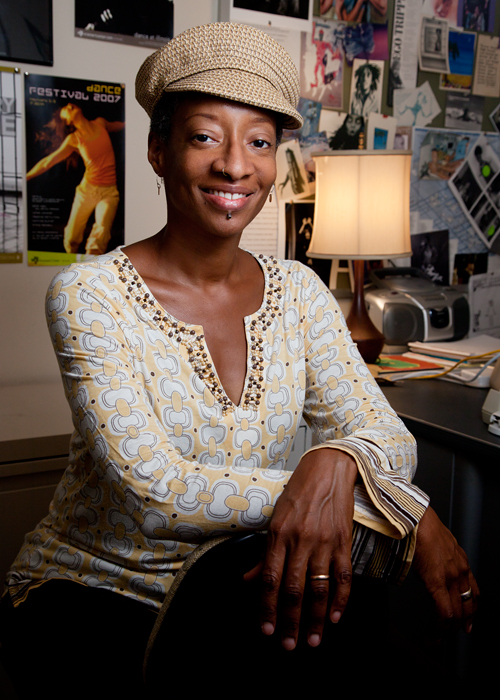 Cynthia Oliver joined the College of Fine and Applied Arts’ faculty in 2000 and is now the Director of the MFA Program. She is an affiliate faculty member in Gender and Women Studies, Center for African Studies, African American Studies, Latin American and Caribbean Studies, and the Center for Global Studies. Her Caribbean descent allows her to incorporate different cultures into her work and students. She is a New York Dance and Performance Award winning choreographer, previously performing with companies such as David Gordo Pick Up Co. and the Bebe Miller Company. Cynthia has received numerous awards to support her work, including a grant from Creative Capital in 2002, two Illinois Arts Council Choreography Fellowships in 2004 and 2014, an award from the New England Foundation’s National Dance Project in 2009, a prestigious nomination for the Alpert Award in the Arts for dance in 2009, the U of I University Scholar award in 2011, and a 2015 nomination for the Doris Duke Impact Award.
Skip back to main navigation