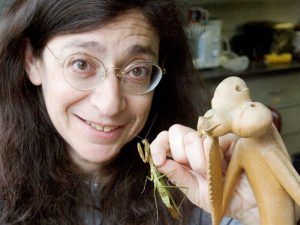 May Berenbaum joined the Entomology Department at the University of Illinois in 1980. She has been Head of the Entomology Department since 1992, and Swanlund Chair of Entomology since 1996. May is a member of the National Academy of Sciences. In 2009, she received the Public Understanding of Science and Technology Award from the American Advancement of Science. May has received several other awards, but most recently President Barack Obama awarded the National Medal of Science to her at a White House ceremony on November 20, 2014.
Skip back to main navigation