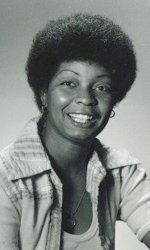 Terry Hite David came to the University of Illinois as a sophomore in 1968 as part of the Project 500 group. As a student, she played for the women’s volleyball team before Title IX legislation existed. She graduated in 1972 with a Bachelor of Science in Physical Education, left the university for two years, and then returned to complete a  a master’s degree in 1975 in administration. While completing her master’s work, Terry became head coach of the women’s volleyball team. The year she started as coach was the first year the women’s volleyball team was affiliated with the Big Ten conference, allowing for the team to receive uniforms. In 2012, Terry received the Merit Award from the Varsity “I” Association.
Skip back to main navigation