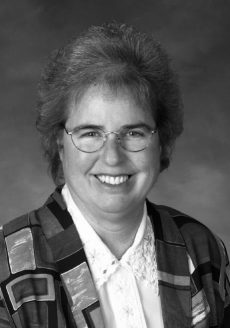 Joan L. Mitchell came to the University of Illinois in 1969 as a physics graduate student and received her PhD in 1974. Immediately after receiving her PhD, Joan went to work for the IBM Corporation in the Exploratory Printing Technologies Group at the T.J. Watson Research Center. The holder of more than 70 patents, Joan was one of the top 20 inventors in IBM’s research division. Her work was crucial to the development of coders and decoders used in data compression standards for facsimile machines, printers, and digital transmission of images. From 1987 to 1994, Joan was a leader in the Joint Photographic Experts Group, the organization that developed JPEG image compression. In 2011, she received the Institute of Electrical and Electronics Engineer’s Masaru Ibuka Consumer Electronics Award for fundamental contribution to image compression in printing technology and digital imaging processing in consumer electronics. That same year, she also was inducted into the Hall of Fame for the College of Engineering.
Skip back to main navigation