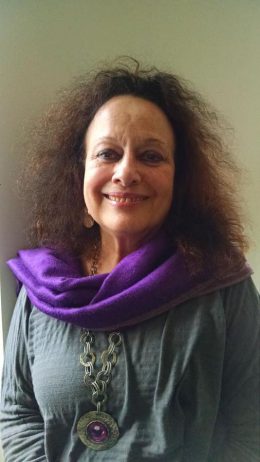 Evelyne Accad began teaching at the University of Illinois in 1974 as an Assistant Professor in French and Comparative Literature and became a Full Professor in 1988. She was an adjunct professor in African Studies, Gender and Women’s Studies, and Middle Eastern Studies. She received several awards for her research and service including, the Prix International de Poesie Emmanuel Robles in 2006, the International Writer of the Year Award from IBC Cambridge in 2003, and the Fulbright Research and Teaching Award for Lebanon in 2002. Evelyne was one of the first feminist scholars to speak out against genital mutilation and other crimes against women. She established the Evelyne Accad and Paul Vieille International Research Award for graduate studentsresearching issues related to women in North Africa and the Middle East.
Skip back to main navigation