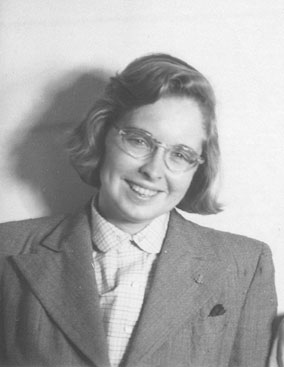 Mary-Elizabeth Hamstrom began in the Mathematics department in 1961 and taught in the department for 38 years before retiring. She was promoted to Professor in 1966, one of just four female full professors in the entire College of Liberal Arts and Sciences at that time. She was an authority in point-set and geometric topology with special interest in spaces of homeomorphisms of manifolds, authoring several articles in professional journals during her career.