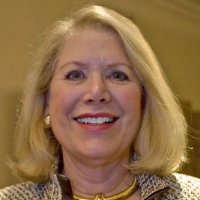 Jill Wine-Banks graduated from the U of I in 1964 with a degree in Journalism. While a student, she was involved in various activities and societies, such as Shi Ai, the Daily Illini, Panhellenic Council, Iota Alpha Pi, and Kappa Tau Alpha. After graduating, she went on to receive her J.D. from Columbia Law School. After receiving her law degree, Jill joined the United States Department of Justice as one of the first female attorneys in the organized crime section. She was the only female prosecutor during the Watergate trial. In 1977, President Jimmy Carter nominated Jill to serve as General Counsel of the Army, a position she held until 1980. In 1987, she became the Chief Executive Officer of the American Bar Association, the first woman to hold this position.