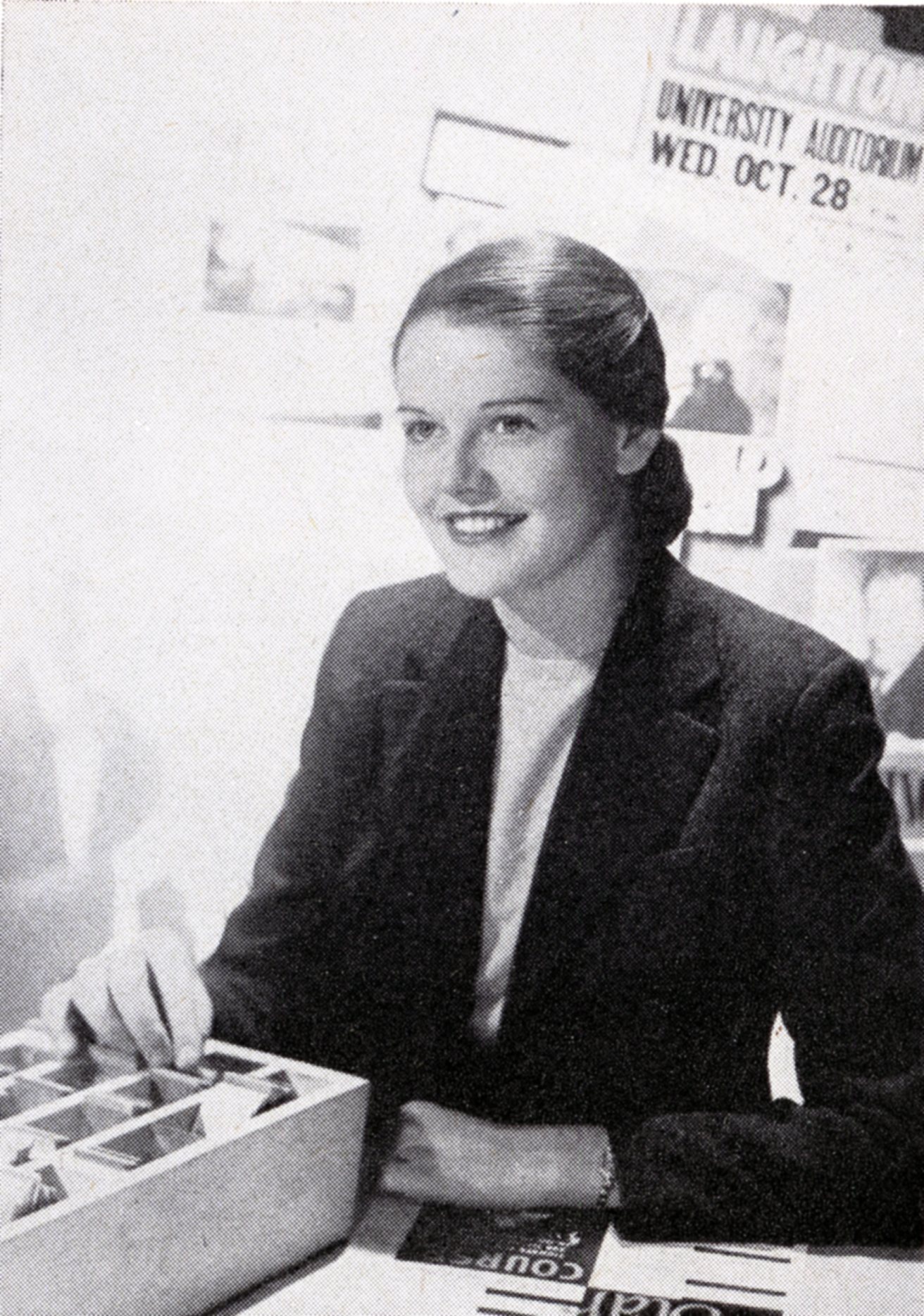 Jane Hayes Rader graduated from the College of Liberal Arts and Sciences in 1954 and eventually became a member of the Board of Trustees in 1973. As a student, she was heavily involved in university proceedings and student government. She was a member of the sorority Pi Beta Phi and often participated in the student organization Star Course. She volunteered with the “Foster Daughter” program. As an alum, she was a member of the UI Foundation, the Alumni Association, and the Athletic Association and always used her positions within these organizations to advocate for female students. Jane was the first woman to receive the Distinguished Service Award at UI in 1986.