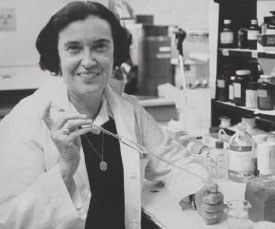 Rosalyn Sussman Yalow received her Master’s degree from the University of Illinois in 1942 and her PhD in 1945 (both degrees in Physics). In an era when few women pursued careers in science, Rosalyn persisted in applying to graduate schools and was offered a teaching assistantship at the University of Illinois in the College of Engineering in 1941, where she was the only female among 400 teaching fellows and faculty members. In 1977, Rosalyn co-won the Nobel Prize in Medicine and Physiology for the discovery and development of radioimmunoassay, the first American born woman to win a science Nobel, and the second woman to win a Nobel Prize in Medicine.