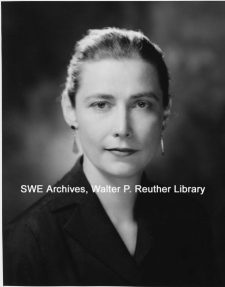 Dorothy Martin Simon received her PhD in Physical Chemistry from the University in 1945. In 1968, she became the first female corporate officer for Avco Corporation. Eventually, Simon was promoted to Vice President in Charge of Research and Development, and helped develop the synthetic fiber Orlon, one of her greatest accomplishments. Dorothy spent much of her time teaching and won several awards.