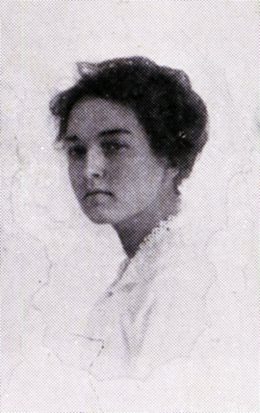 Louise Woodroofe attended the University of Illinois from 1913-1917 before transferring to Syracuse to complete her undergraduate education. She returned to U of I in 1920 as an instructor to teach freehand drawing in the Architecture Department. In 1928, Louise was promoted to Assistant Professor, and in 1948, she was promoted to a full Professor of Art. In 1978, she was voted the “Most Supportive Faculty Member” at the University. Louise was an accomplished artist who exhibited at the 32nd Annual Exhibition of American Art at the Cincinnati Art Museum in 1925, and she was given one-woman exhibitions at the Findley Gallery in Chicago. After her death in 1996, her former students, colleagues, and friends established the Louise M. Woodroofe Prize, which is awarded annually at the University of Illinois to recognize an architecture student based on his or her body of artistic work. Louise also lent advice to her former student and Assembly Hall designer, Max Abramovitz, in the configuration of the original Assembly Hall (now the State Farm Center). Foreseeing a circus in the space, Louise recommended an entry door at the base that would be wide enough for circus animals and equipment and an apparatus on the ceiling for connecting a trapeze—features that Abramovitz incorporated into his design.