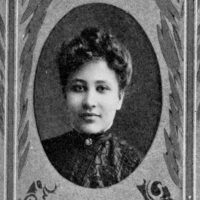 Maudelle Brown Bousfield was the first African American woman to graduate from the University of Illinois. She graduated in 1906 with a degree in Mathematics. Later in life, Maudelle became the first female African American principal of a Chicago public school. Bousfield Hall in the Ikenberry Commons was named in her honor.